Off The Charts: Data Evangelism at Panoply with Jason Harris 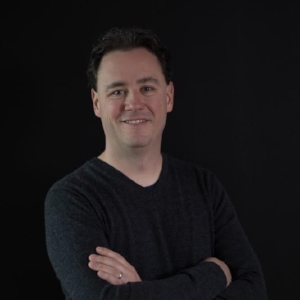 Jason Harris is the Data Evangelist at Panoply, a smart data warehouse company that is simplifying data management and allowing companies to focus their time and effort on doing more with their data. You can follow Jason on Twitter and read his posts on the Panoply blog.

You previously had roles as a DBA and report developer, can you tell me about those experiences led to you becoming Panoply’s Evangelist?

Throughout my career I’ve always had the two sides of my brain working together at the same time. I graduated from Oregon State with a major in MIS and a minor in CS, so I started my career as a Software Developer and DBA. I worked at Hewlett Packard, Intel, among others. In those experiences, I learned the needs of the people who depend on DB reports and it was my job to support and develop their needs from a data and reporting point of view.

Concurrently, I always had a night thing going on. I started a tech blog in 2005 (which I still write today). I wrote professionally for a few Silicon Valley news sites as well like GigaOM, Web Worker Daily and Download Squad. So, throughout my early career, I’ve always had my day job as a code monkey and my night job of a storyteller/journalist.

Since 2010, I’ve worked with large companies (like Nokia and Microsoft) and startups (such as Taptu and Algolia), which brings me to Panoply. Panoply is a growing company with big aspirations and a very dedicated team. In my role, I can use my technical background as a Developer to speak to a technical audience, but also 70% of our clientele aren’t Engineers—they’re Data Analysts or business users of data—so I feel that I can speak to both audiences effectively.

Tell me about your role as the Evangelist at Panoply.

The role of an Evangelist is essentially the role of a Community Builder expanded. When people ask me what I do, I respond with, “a bit of support, a bit of communications and being a cheerleader for the company to the users and for the community of users back into the company.”

The thing I like about the title of “Evangelist” is that your job is to go out and tell the world the news of whatever your organization is doing, whether that organization is a startup data company or Algolia (where I’ve previously worked).

Adam DuVander, a friend of mine, has this great phrase, “share knowledge, not features.” And that’s something I’m trying to do. A lot of tech companies will come out and say, “we’ve just released this new widget and it does XYZ.” That’s not good. What I think companies should do is to tell a story of how the feature enables Jane or John Data User to do their job better.

What are some core challenges in your role and how do you work to overcome them?

Panoply is a young company, so obviously there’s no shortage of work to do. My challenge is that there are three distinct areas of my role: social, community and PR/Comms—I want to do well in all three of those. I want all the initiatives to do really well. One challenge I have is that because there’s only one of me and three roles, I sometimes have to turn one off. For example, if we have an announcement coming up, I’ll need to focus on that and turn off Community for a week or so. I’d like to have enough bandwidth and time to knock them out of the park.

In my marketing department at Panoply, I’m lucky enough to work with senior marketers in Design and Demand Generation. We come in, kick ass and leave at the end of the day knowing that we’ve accomplished a lot.

Do you have any tips on how to keep a Community engaged?

It’s hard to keep all the plates spinning on the sticks. You have to carve out time. I’m an avid Evernote user and I have a note that is full of great content that I am finding. Recently, I came across a report from BrandWatch about how people use emojis across the US and how men and women use them differently. The report had all these cool charts and graphs, and I had to share it with the community.

So, I shared this report with the International Women of Data LinkedIn Group, so people could engage with it.

And the way this group came about was that my colleague An Bui had an idea to do something for the International Women’s Day and we wanted to highlight our advocates and other women in Data. We had hoped to get ten respondents and we ended up having 37 women contribute. We then had the idea of starting a LinkedIn Group to keep this great community engaged.

On a high-level, my tips are:

The aspect of community is universal. Everyone wants to get together and exchange ideas with like-minded individuals, but not everyone knows where to go. Every group has some sort of local event or meetup happening, so you can find those and join them. Conversely, if there isn’t one in your town, start one and people will join.

When do you think companies should start hiring or even thinking about hiring an Evangelist?