Have you ever spent January in Buffalo? I have. A Lot. Eighteen times actually, I grew up there. In fairness, I left there as soon as I could, and moved a little farther west and south, and then 15 years later decided to leave because (among MANY other reasons) I had had my fill of winter. I made it all the way to California and I currently live in the San Francisco Bay Area where the weather is pretty much always, and this is the best way I can describe it, nice.

No matter how far away I move from Buffalo and the Western New York area, there is one thing I can’t escape. I can’t escape the most common reaction to me saying “I am from Buffalo.” The reaction is always some version of “Ew, cold there, huh? Doesn’t summer last from, like, July 2 to July 5?”

It isn’t exactly verbatim, but thats pretty darn close to the reaction I get from people. Another thing I can’t escape about being from Buffalo, an inferiority complex that forces me to jump on the attack whenever anyone speaks bad about the Nickel City.

I did live through four straight Super Bowl losses, and I would EASILY rather lose four more straight than never go or spending an entire season not winning a single game. Yeah, I am a Bills fan, and I will not hide from that.

Back to the weather.

Summer is very nice there and lasts about as long as summer everywhere else. As a matter of fact, the annual average temperature pattern follows a similar curve to a whole bunch of places across the country, and you can see that on this line chart: 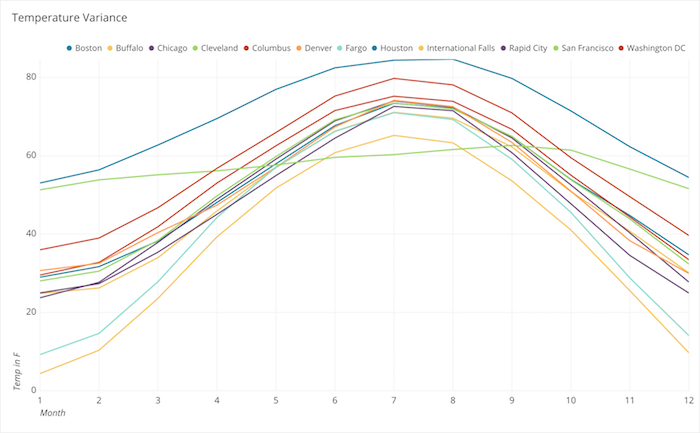 Buffalo is never the coldest and never the warmest, so there is that.

See that line that pretty much stays flat throughout the whole year? Yep, San Francisco is pretty much uniformly “nice” year round.

Snowfall in Buffalo is another story. It snows a lot. Four to six inches of snow would be a dusting. I remember growing up shoveling the snow off the driveway and the piles sometimes growing to my height and even taller. That was awful. All that snow is fun for maybe three weeks a year and after the first 50 sledding trips it does get a bit tedious. I am willing to concede that it snows A LOT in Buffalo, and all that snow is not that fun. 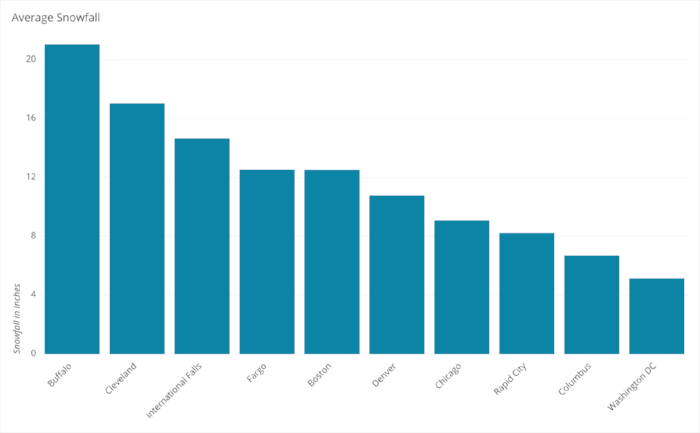 Driving in all that snow is terrible too. For all my “not from Buffalo” friends: Just because I can drive in that awfulness doesn’t mean I like to.

But, the snow is not year round as the following chart shows there are even months that the average is MORE than good old Buffalo. 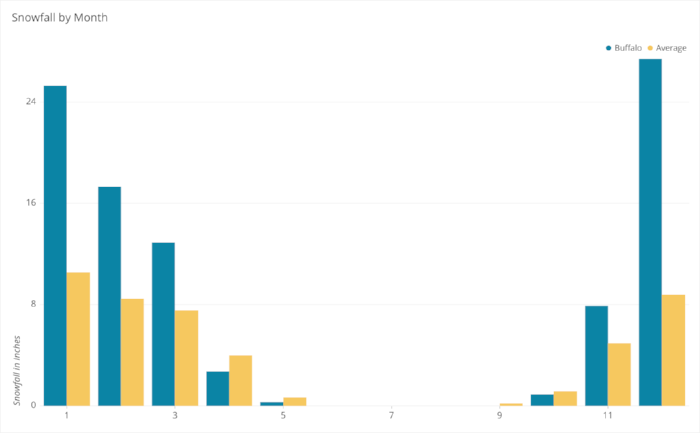 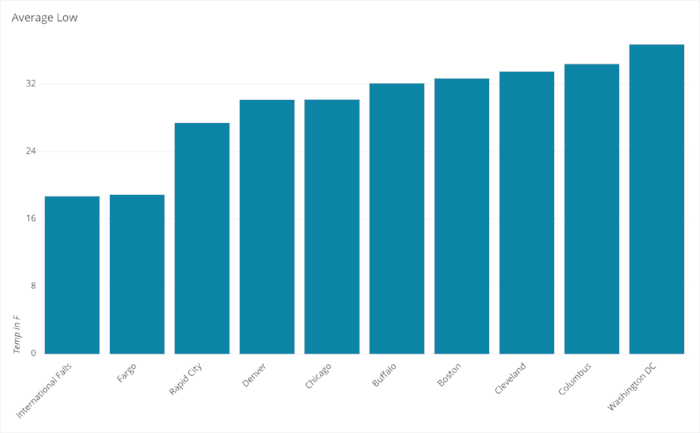 And for Average High, again right smack dab in the middle. 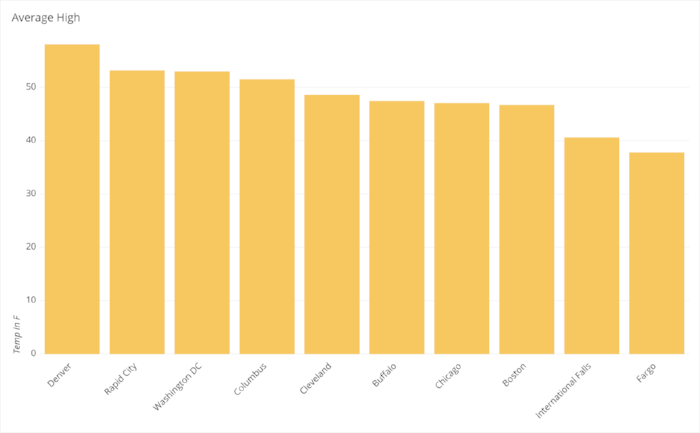 So when compared to other cities that experience a similar winter season, Buffalo is pretty much average. Not the easiest, but not the worst winter experience either.

This weather data was sourced from the various cities Wikipedia page and this website. Here are some other good places to find free datasets.