“These are the new leads. These are the Glengarry leads. And to you they’re gold, and you don’t get them. Why? Because to give them to you is just throwing them away. They’re for closers. I’d wish you good luck but you wouldn’t know what to do with it if you got it.”

The best leads have always been held for the closers. But it hasn’t always been clear which leads are the best – especially at scale.

In an organization that depends on sales for its revenue, leads are the key output of marketing, and the key input to sales. Lead scoring is an essential stop in that process, making it possible to allocate leads and evaluate the performance of marketing programs.

You already know that Pareto Principle tells us that 20% of your customers yield about 80% of  your revenue. Similarly, 20% of any pile of leads is likely to contain 80% of the value.

The goal of lead scoring is to identify that 20%. Traditional lead scoring focused on what was known about about a lead’s source and behavior. Predictive lead scoring layers in additional internal and external data, including which leads performed best in the past. Then, rather than scoring what you know about those leads based on fixed weights, predictive software looks for patterns in the data that are associated with successful leads.

Traditional lead scoring uses simplified models provided by the vendor. While that’s good for identifying obviously bad leads, it is less successful at identifying prospects who are more likely to buy.

Unless you update your traditional lead scoring rules frequently, you may end up using models that quickly become obsolete. Predictive lead scoring models adapt to changing conditions and conversion trends.

When Should You Consider Using Predictive Lead Scoring? 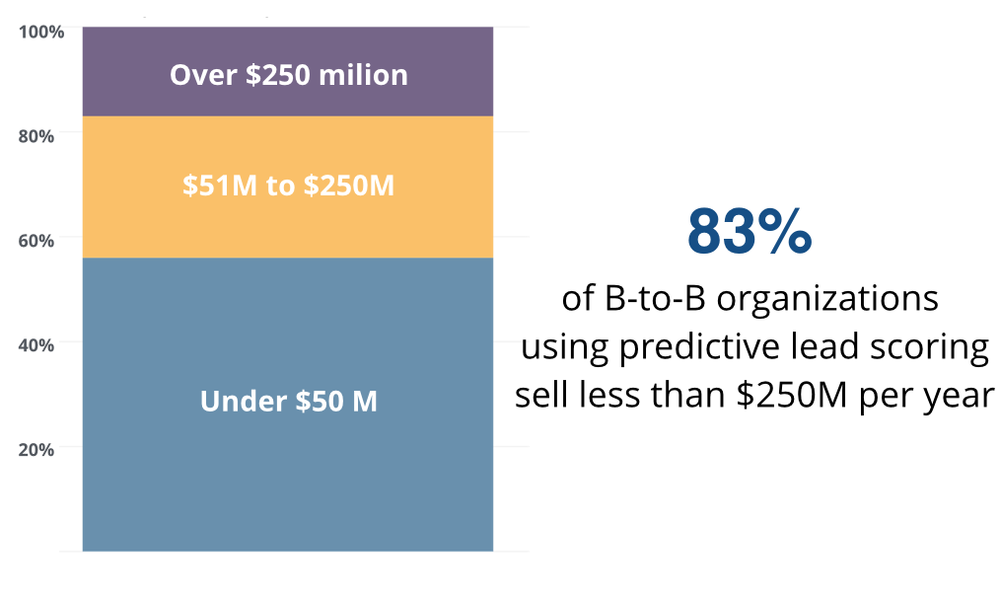 If you’re evaluating many marketing programs and paid lead sources, or if your leads come in large batches, predictive lead scoring makes it possible to identify high-quality leads and get them in the sales cycle sooner.

Although smaller companies can benefit from predictive lead scoring, it’s necessary to have thousands of leads before it becomes economical. If you’re generating more than 300 leads per month, it starts to make sense to identify which leads are best to call first and which should be nurtured.

Change the Way Your Sales and Marketing Organization Work Together

Your sales organization will have the best idea of how to take advantage of the results of predictive lead scoring, and can organize the distribution of leads accordingly. You should to make the process transparent, show them the predictors, and align them with your marketing team.

You’ll need to revamp your nurturing programs, moving away from generic lead flows and putting the high-scoring leads on an accelerated nurture path.

You will also need to align your content plans, based on what you know about successful leads. Identify the triggers that matter the most, and rethink your engagement paths for prospects.

Finally, you’ll need to rethink your metrics and document your processes.

Re-segment Your Prospects and Rethink Your Re-targeting

Predictive lead scoring will give you more insight into how to segment prospects  It’s obvious what to do with A-ranked leads. Those get passed to sales right away.

Your marketing mission is to turn B leads into A leads and leave the rest in your regular nurture stream, giving them a chance to mature.

You have a few options for converting your Bs. Retargeting is a good first stop. First, tag your B leads with fresh cookies to identify them and exclude them from your general retargeting campaign. Then, work with your retargeting provider to match them with targeted advertising. The B leads should also be a good target for your social media. 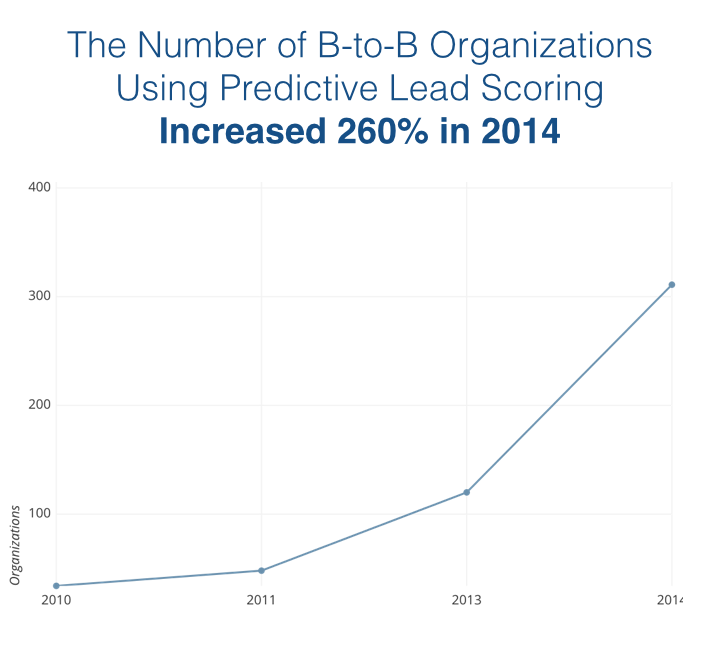 Predictive lead scoring is growing fast, but there are already some established vendors. One place to start is with the seven vendors in SiriusDecisions’ new report: 6Sense, Fliptop, Infer, Lattice, Leadspace, Mintigo and Salesfusion.