Robert Kosara’s Eagereyes has a great post entitled “In Defense of Pie Charts,” which I thought I might explain and expand (just a little) upon. The upshot of his post is that the oft-maligned pie chart should get a little more r-e-s-p-e-c-t. I think the pie chart is controversial because it sits in the crossfire of multiple disciplines, worldviews and ultimately, egos. It’s the primary communication language in Corporate America, the bane of visualization experts, but a go-to visual for graphic designers looking to make a point. It’s also named after a food.

Kosara cites a study by Spence and Lewandowsky (1991), which shows that the pie chart fares equally well in simple judgments of proportion as the bar chart (for example, compare A to B). What’s interesting is that in more complex tasks (compare A+B to C+D) the pie chart actually beats the bar chart handily. The point in such comparison tasks is not accuracy in reading numbers or values, but the ability to take a step back and make snap judgements about relative values. In performing complex comparisons, it’s easier, for example, to compare adjacent sections of a pie chart than a bar chart. Such is the nature of our brain.

I was curious about the applied psychology of pie chart visualizations, so I dug around and found a wonderful review by Ian Spence (the same Spence as the experiment) entitled “No Humble Pie: The Origins and Usage of a Statistical Chart,” published in the Journal of Educational and Behavioral Statistics in 2005. For those readers who are historically minded as well as for the sake of my fondness for trivia, the pie chart is two centuries old and was first used by William Playfair to compare European countries around the turn of the 19th century.

It grew rapidly in use over time and by the 1920s began to receive scientific scrutiny. The first study to examine the “psychology” of pie charts was Eells (1926), which found that subjects were better at estimating size and proportion in pie versus bar charts. This study marked the beginning of a controversial line of investigations into the pros and cons of our humble friend. Subsequent experiments would gain in rigor as cognitive science and psychology matured as disciplines.

The next 50 years witnessed a back and forth on the efficacy of pie charts as a graphical medium. By the middle of the 20th century, statisticians had hardened into a bias against the pie chart. Later, in an influential review of the literature, Macdonald-Ross (1977) concluded that the pie chart was after all inferior, after examining the full record of (often-times spotty) research. Over the next two decades, some would attempt to wrap the results of these psychophysical experiments into broader theories of visual perception (for example, comparing perceptions of angles versus perception of length). And finally, by the 90s, the pie chart started on its upswing (at least in the perception literature) beginning with Spence’s study. The results of the Spence and Lewandowsky study were later confirmed by Holland and Spence in 1992, 1998 and 2001.

Given its colorful history and tense present, what can we conclude about the pie chart as a visual tool? Pie charts, like every other chart, have their place. In his review, Spence writes:

In my opinion, much of the adverse criticism of the pie has come from those who have wished it to do more than it could. The pie chart is a simple information graphic whose principal purpose is to show the relationship of a part to the whole. It is, by and large, the wrong choice as an exploratory device, and it is certainly not the correct choice when the graph maker or graph reader has a complicated purpose in mind, such as displaying small changes in proportion over time, a task that would require several pies.

I think he’s spot on. 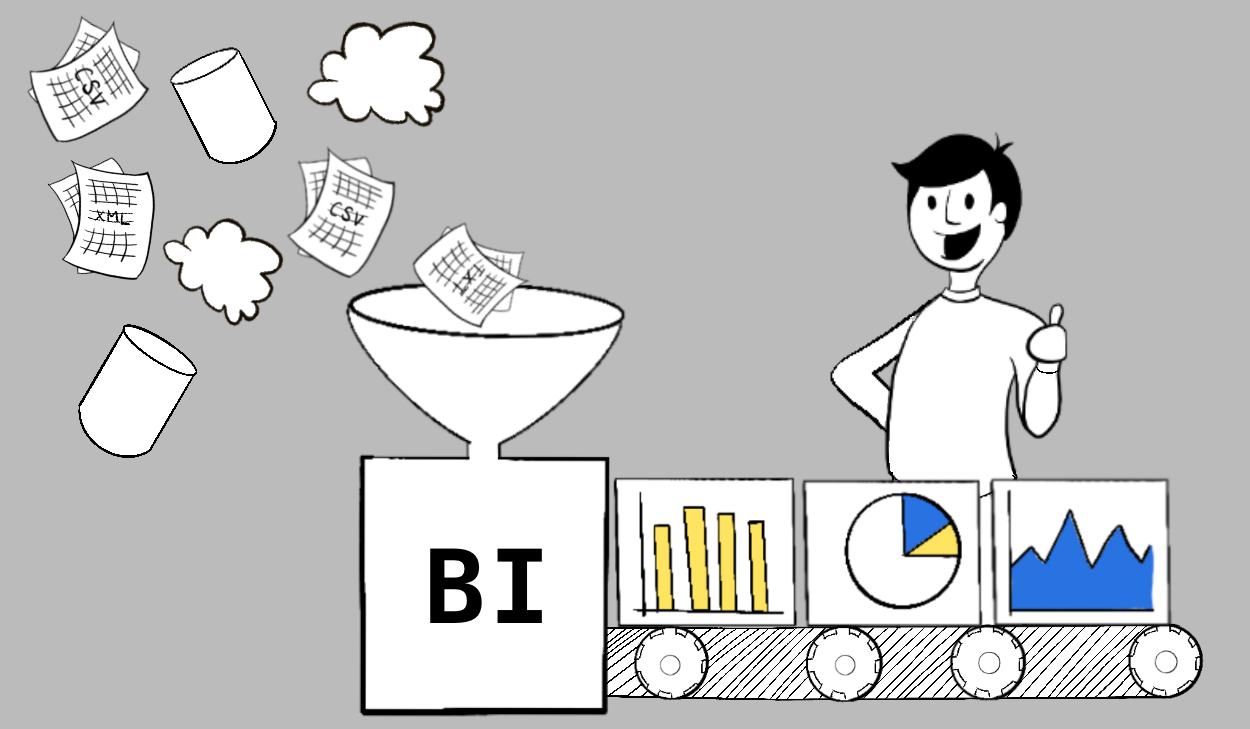 What is a Business Intelligence Platform? (And What Does It Do?)

You may have noticed (or more likely no longer notice) that Chartio has had less and less downtime for deploys. It’s not that we’re not doing releases - we’re doing more than ever - but we’ve slowly been reducing the reasons for needing any downtime in the deploy. Find out more about our zero downtime.

More than ever people need data to support their opinions and decisions. Luckily there are a ton of free datasets online. This article explores some of the free, yet high-quality datasets available for your data analytics projects.