It is the start of the new year, and one that I think is going to be huge for the Data and Business Intelligence industry. We’re seeing an incredible amount of progress and adoption over the past few years and I think this is the year that things really explode for BI. I’m going to make the following predictions for Data and Business Intelligence in 2014.

1. The focus in the data space turns from storing data to extracting insights

For the past 5 years or so the Data industry has been largely focused on “Big Data” and the practices involved in storing massive amounts of information. Because of all of the focus we’ve actually gotten really good at storing massive datasets. With products like Hadoop, BigQuery, and Amazon’s Redshift, dealing with “Big Data” now is orders of magnitude easier than it was before and the focus is now shifting toward actually utilize and find insights from these datasets.

Some are calling this new focus “Smart Data”, but its really just the actualization of the promises Business Intelligence has been giving us for years.

2. More BI moves to the cloud

Almost all traditional enterprise software has been quickly moving to cloud solutions. Its just easier to maintain, improve, manage and sell software when its run on the cloud. Business Intelligence with its traditionally heavy integration process and security implications has been one of the harder applications to properly move to the cloud.

With products like Chartio however, it has finally happened and analysts report that the majority of new Business Intelligence purchases are now cloud based.

Traditionally Business Intelligence has included a year long sales cycle, a 6 month integration time, a price tag in the millions, and required hiring a team of specially trained people to manage the product.

As things move to the cloud however, the integration costs and learning curve are being cut dramatically. You can view the Chartio Videos for example where we connect to an Amazon Redshift Database, and create a dashboard full of charts in under 5 minutes.

I’ve written about this before, and I think it is going to be a huge trend in 2014. We’re seeing a huge surge in the importance and availability of data in more and more industries besides the traditional Data Science or Business Analyst roles.

In Marketing for example it is almost impossible to find a job that doesn’t include a large data focus. Sales, Engineering, Management, and other jobs are also hugely data dependent. With more people and careers focused on data, there will be a greater demand for better data access and understanding.

Was SQL ever considered cool? Probably not, but I for one think it is. I see so many people who spent months buying and learning complex tools all to avoid writing a little SQL. It is a command line interface to the data, but a relatively simple one and shouldn’t be avoided as much as it is.

Tools like Chartio that tie an easy drag and drop query interface directly to the SQL being generated will help people be less afraid of digging into their queries. There’s just no interface to data that can beat the power of SQL, and those seeking to do the most detailed work will be further drawn to SQL.

Maybe this doesn’t all happen in 2014, but it is certainly where things are going and they’ll have a major start this year. These are some of the core beliefs of the Chartio team and what we’re focused on facilitating.

If you’re excited like I am about the promise of BI in 2014 you should give Chartio a try or send us a note.

Thanks for reading and Happy New Year! I hope you all had a great 2013 and have an even better year to come. 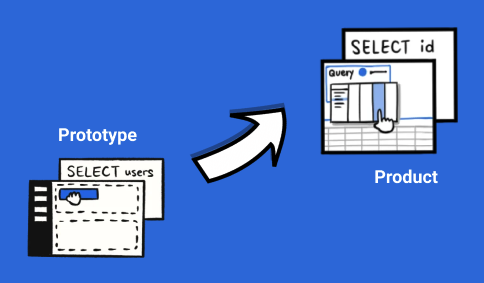 From Despair to Delight: Lessons From Our Biggest Product Launch

Data can be used to answer a lot of questions, but not everything - you need to be able to test assumptions. We joined UserTesting for a live discussion to share our key learnings from creating Visual SQL. 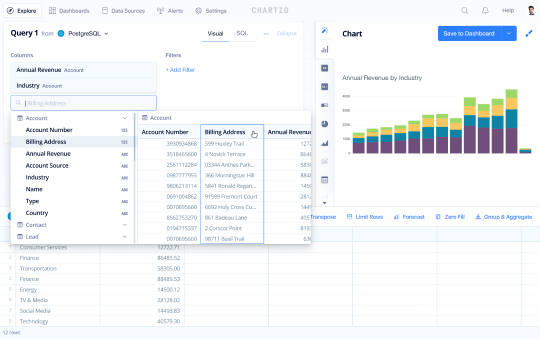 10 Business Intelligence Tools to Visualize and Analyze Your Data