Tens of thousands of people are about to descend on Austin today where geeks, film enthisiasts and musicians will rub elbows and sip on mixed drinks. We partnered with Enigma.io to dig into the data of mixed beverage sales tax receipts in Austin just to see what type of drinking damage is done in Austin during March. The results only do us proud.

I am excited to be going to SXSW with Chartio this year, and this will be my fourteenth year at the festival. I have seen and experienced many of the defining moments of SXSW in the last decade, and I cannot wait to see what this year will bring. 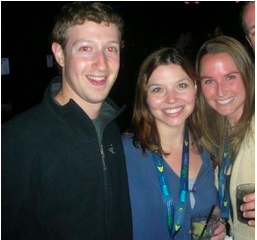 I was there when Twitter took SXSW by storm in 2007, Mark Zuckerberg and Sarah Lacey bombed SXSW in 2008, Foursquare launched in 2009 and when people predicted which app would be the breakout success of SXSW - Highlight or Glancee.

I asked questions to Cha Cha and I checked into Gowalla. I found friends on Path, sent group text messages with GroupMe, and checked in on Foursquare. I Myspaced, Friendstered, Tweeted, Facebooked and perused Hotornot. But more importantly I met great people (above is a picture of me with Mark Zuckerberg in 2008) and discovered new technologies that have reinvented the way we communicate.

As I mentioned, this year Chartio takes on SXSW. Dave Fowler is a mentor and we are participating in the Y Combinator and SBWeb party, alongside some great companies on Saturday, Sunday and Monday of the festival. We would love you to join us, hang out and relax during the hurricane that is SXSW. Just look at these amazing companies and you’ll understand the draw. 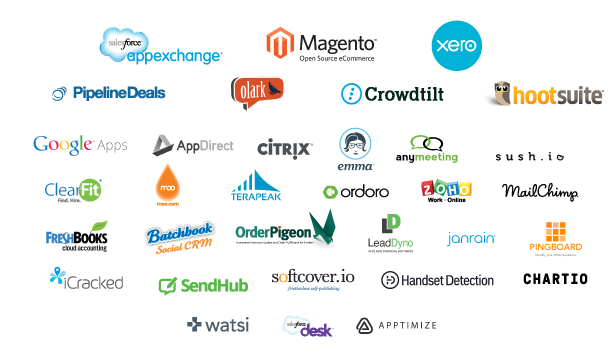 Getting Into the Data

According to Greyhill Advisors, the total economic impact on Austin in 2013 was $218 million. Last year, the event attracted 41,700 registrants, and SXSW directly booked 13,000 individual hotel reservations totaling 56,000 plus room nights - a 10 percent increase over 2012. The average nightly hotel rate jumped 20 percent to nearly $255.

We decided to break it down by the companies that see the best growth during SXSW: 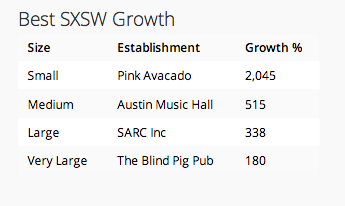 The catering company, Pink Avocado must do a lot of catering during SXSW, as they have the biggest jump in growth at SXSW from other months. Austin Music Hall and Blind Pig Pub which hosts interactive, film and music festivities also takes the cake in mixed beverage sales during SXSW vs. other months. The one surprise was SARC Inc which is the Samsung R&D Research Center, which means to me that they may host some events during SXSW to recruit talent or discuss innovation.

Overall though if we look at where the most mixed beverages are drank, we see: 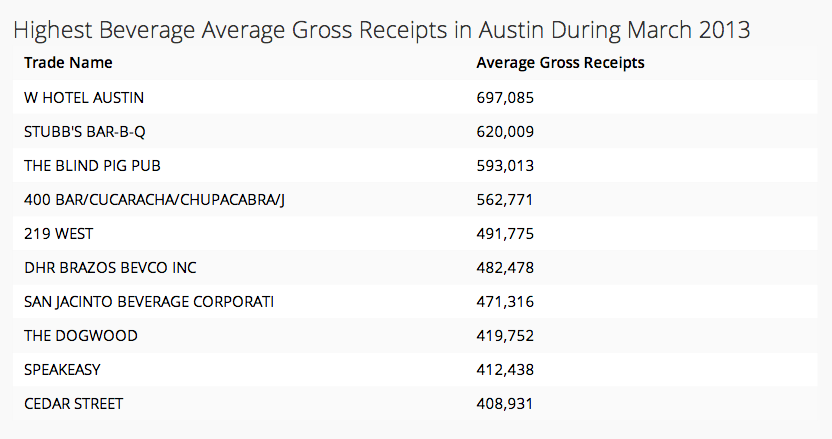 Which means SXSW guests were the most mixed drinks at the W Hotel Austin, Stubbs BBQ and The Blind Pig Pub, all popular establishments that are frequented during SXSW.

While you are out getting your drinks, you are probably thinking about which restaurants to visit. We also wanted to look at the restaurant inspection scores in Austin, and determine where you should and should not go. The restaurants with the worst inspection score is Janitzio Mexican Restaurant off MLK, so if there is one place to avoid, this is it.

Now when we look at the best inspections scores, you can see below, many bars in Austin have perfect inspection scores, including Ginger Man, which is great because I know many SXSW friends spend every night there. 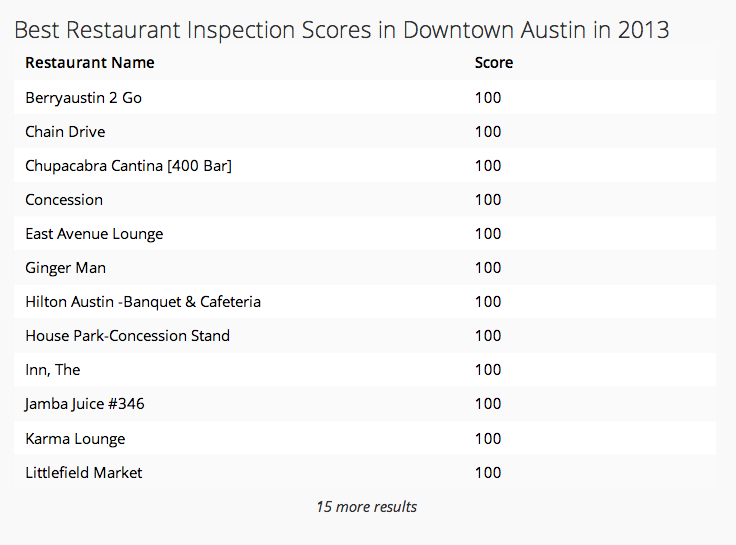 If you need recommendations for food located in downtown Austin, a few of my faves includes Jo’s for coffee, Franklin’s BBQ, Backspace for pizza and Iron Works BBQ. If you are a foodie, check out this great list Fodor’s put together for SXSW 2014.

If any of our customers are going to be down in Austin at SXSW, and want to help Austin with their mixed beverage sales, email me and the first drink is on us. Safe travels to SXSW. Cheers!