What Countries Have US Presidents Talked About?

As me and my fellow Finntern, Juha-Matti, were finishing up the map chart feature at Chartio, I started thinking about all the cool datasets that the new charts could visualize. Being a bit of a history enthusiast and a recent US transplant, I came up with a way to display how the geopolitical interests of the United States have changed over time.

I stumbled upon University of California Santa Barbara’s Presidency Project, which has all the presidential State of The Union speeches transcribed by year. After downloading all the speeches in HTML format, I extracted the raw text from markup, searched through the raw transcripts for country names, converting the historical country names to modern ones, and listed the frequency that each country was addressed in the speeches by year. I decided to exclude United States from this visualization, since, unsurprisingly, having the US included produced rather boring visualizations. 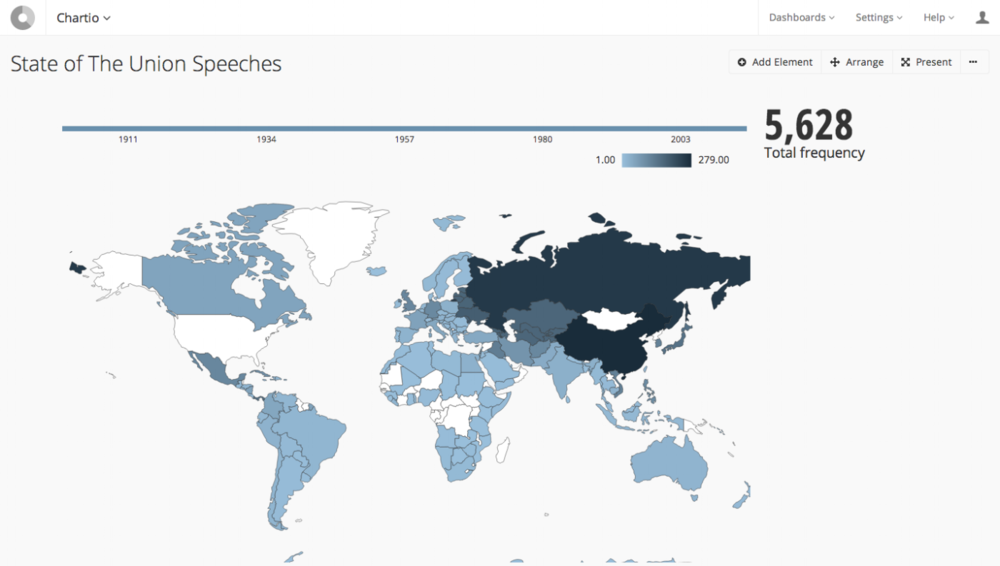 To my disappointment, my home country of Finland hasn’t been the top priority of US presidents, having only been mentioned seven times in State of The Union speeches since the year 1900. As shown above, China and the former Soviet Union (mostly Russia), have enjoyed most of the attention throughout the 20th and 21st centuries accounting together for almost 10% of the sum of all the times a country has been mentioned in the speech.

If you look at turbulent periods in history - WWI, WWII and the Cold War - you can clearly see the political centers of gravity shifting through time, settling down to the rather Iraq-centric political atmosphere of today. 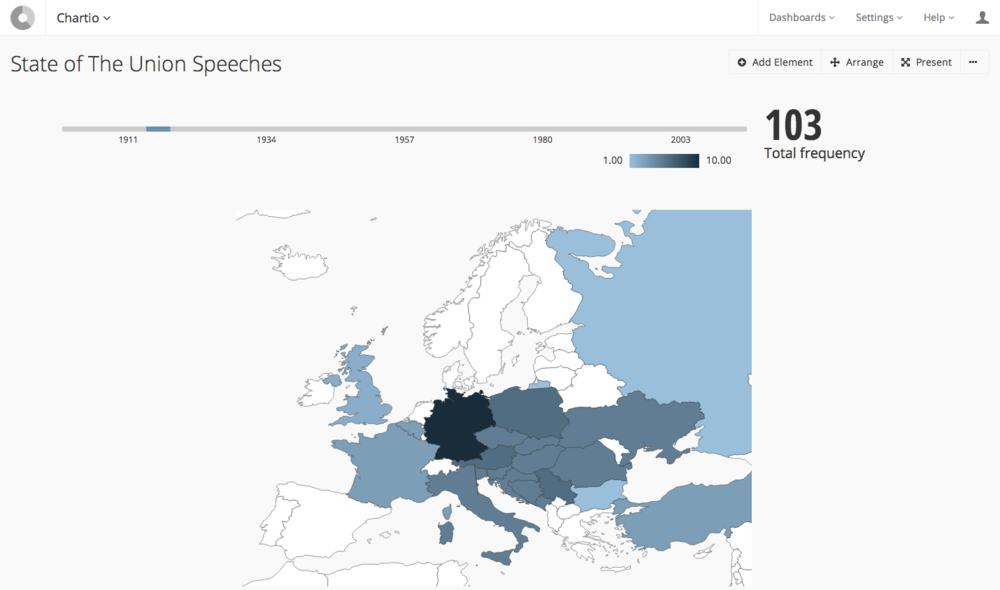 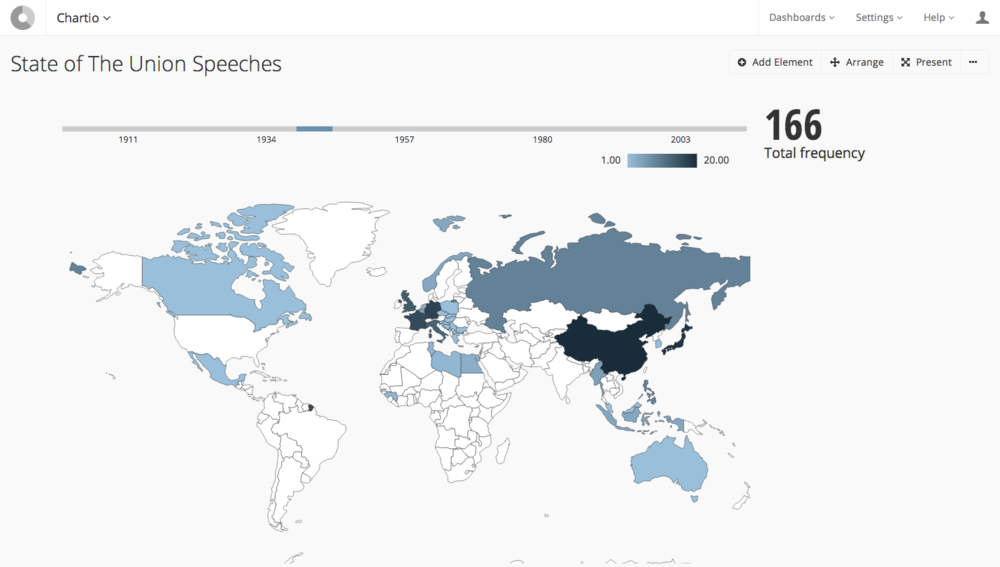 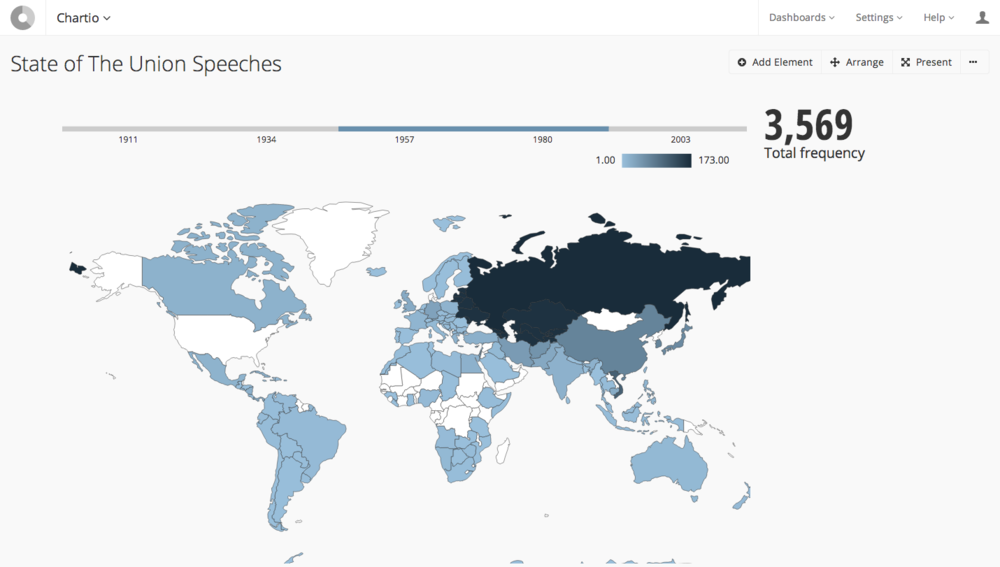 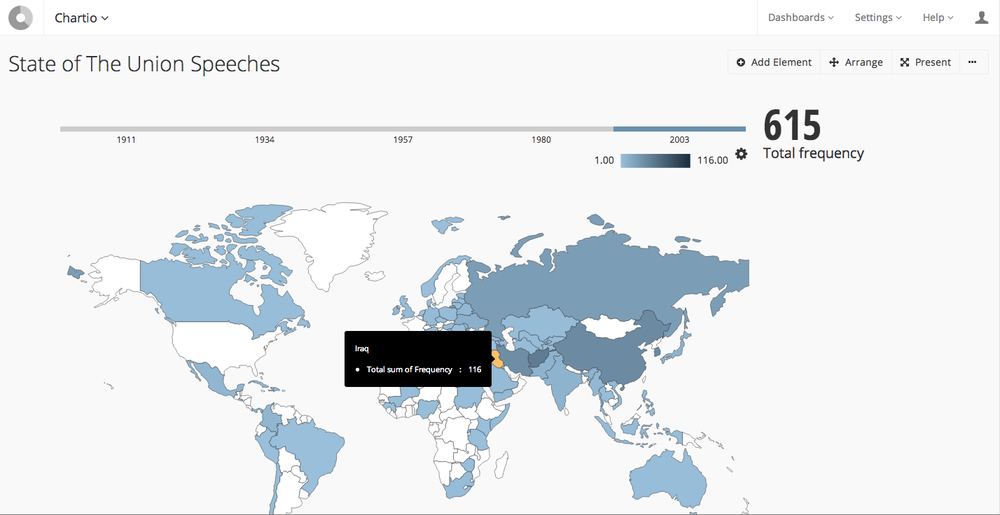