At times, you may want to exclude rows where two joining datasets having matching values, only keeping the rows that did not match for a particular dataset. In this case, we’ll be interested in keeping the rows from the dataset on the left where they did not match with the dataset on the right. This is called an anti-join, and the way to carry this out in Chartio is in the Data Pipeline.

In the following example, using the Chartio Demo Source, we have created a custom column including eight cities we would like to exclude from our results. Our anti-join example we’ll be carried out in 5 steps. 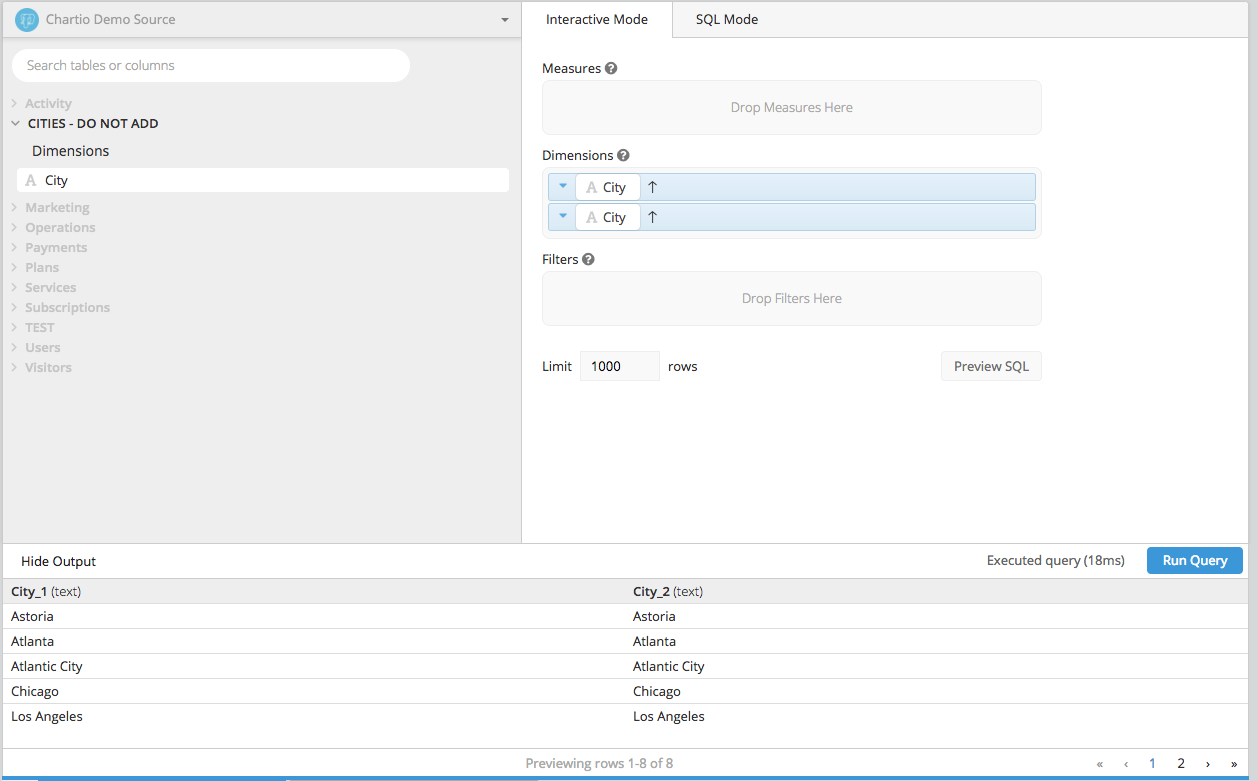 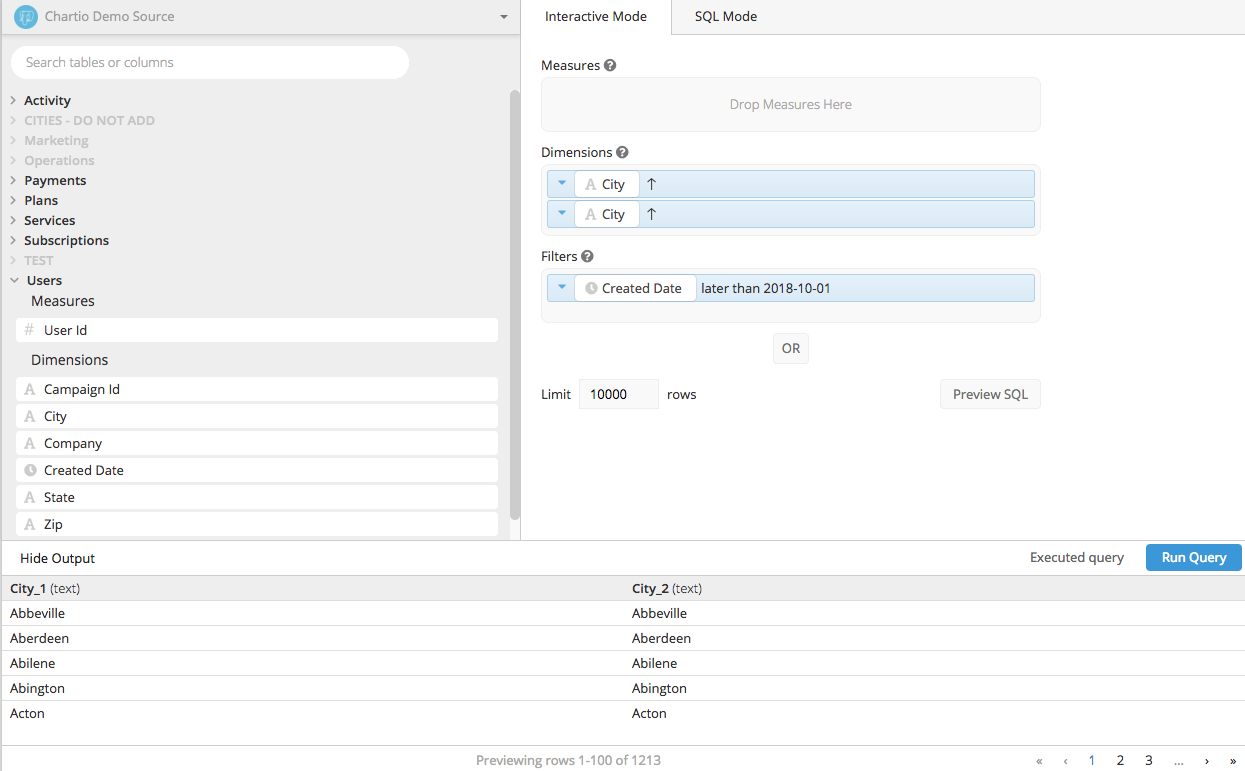 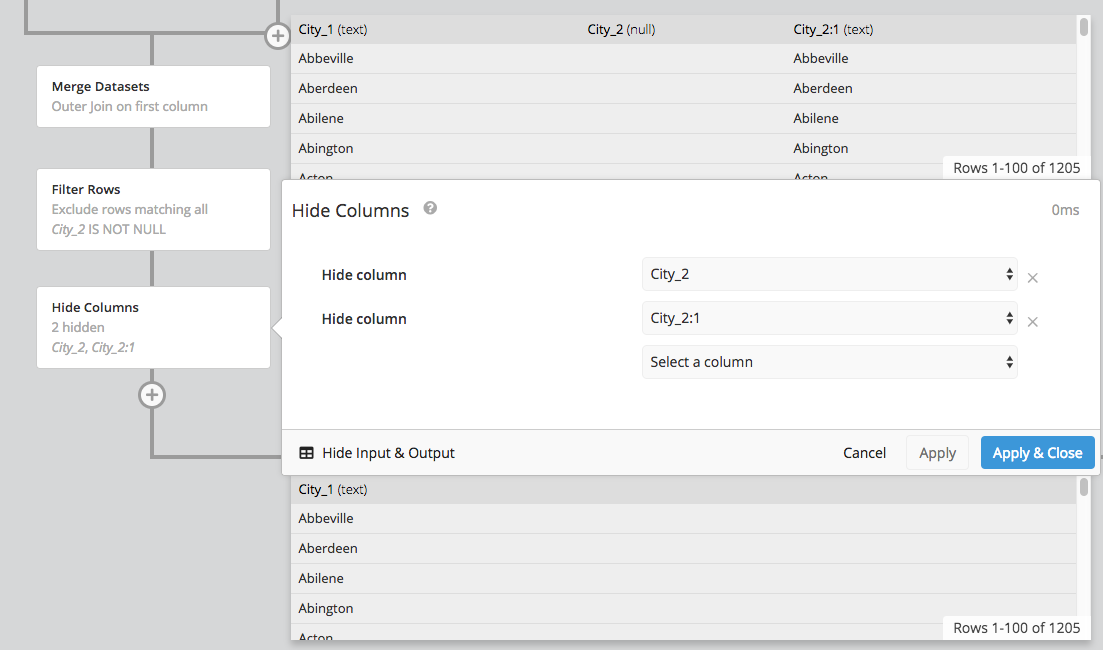 We now have successfully removed the cities in the custom column and have 1,205 rows instead of 1,213 rows!