🎉   Chartio has joined Atlassian! Read full announcement   🎉
We’re here to help!
support@chartio.com
chartio.slack.com
chat us
If you joined after January 6, 2020, you might be using our new Visual SQL interface, and this content may not look familiar to you. Check out our SQLite string functions in Visual SQL for more relevant content.

SQLite is the most used database engine in the world and it powers Chartio’s Data Pipeline. There are a lot of core functions that can be used with string and numeric data types, but this will cover some of the ones that work with strings (text).

When you need to know how many characters are in the string. 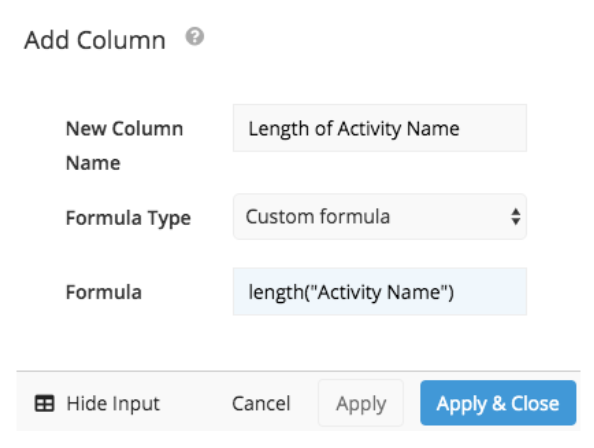 When you need to convert your string to all lowercase or all uppercase letters. 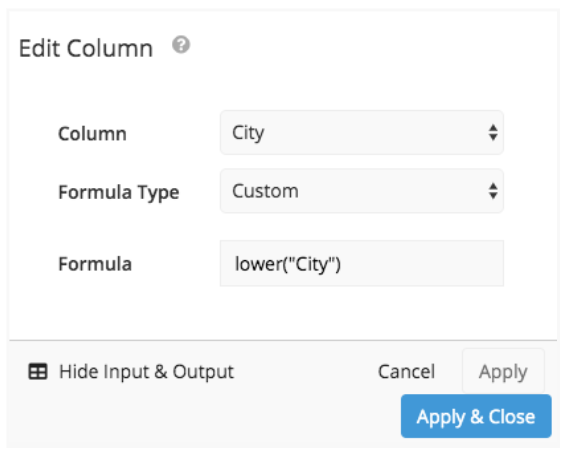 In the example below, we are replacing the space in between the text (‘ ‘) with dashes(‘-‘) in the slug column: 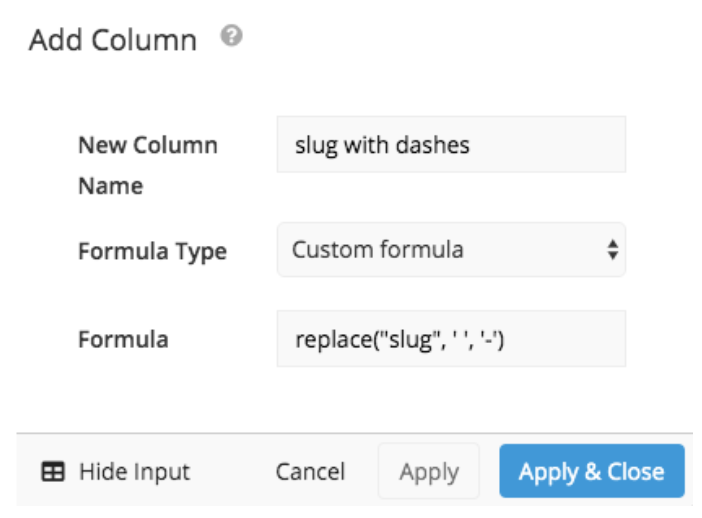 When you need to find the position of a character in a string.

Here, we want to know where the first dash (‘-‘) is located in the slug column so we can later obtain the company name from the slug. 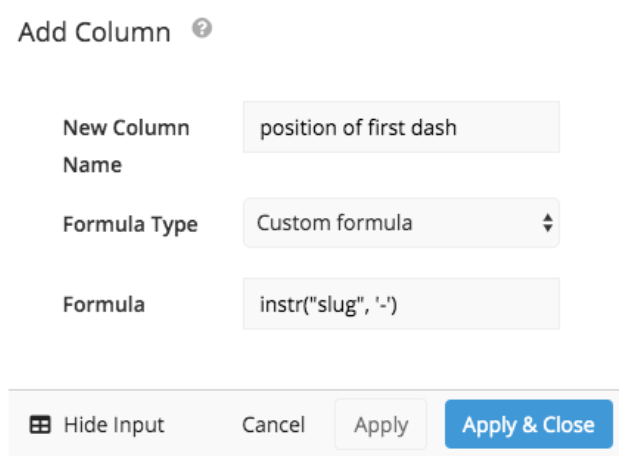 When you need to obtain a substring of the string you’re working with. 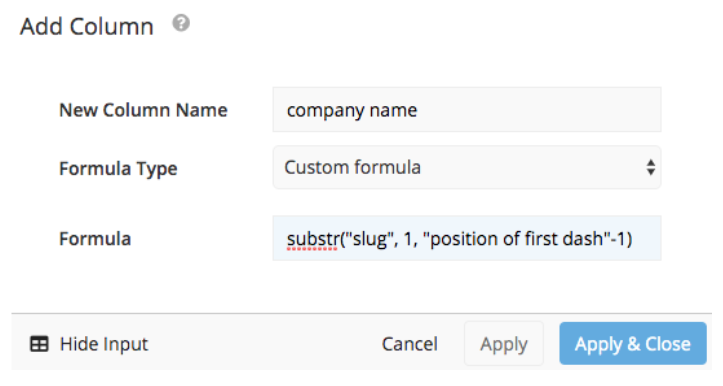 In an Edit Column step, select the custom formula option and using the function substr, you can enter:

You would replace “Phone” with the name of the column you are editing.