Bar, Area, and Line charts all accept a similar table format. Here’s a brief explanation of the types of table formats these charts accept, along with chart examples.

One measure grouped by one dimension

One measure grouped by two dimensions

First, let’s take a look at an example chart before and after a pivot. Our example chart is grouped by two dimensions: Date and Customer. There are two aggregate columns: Amount and Count of Orders. 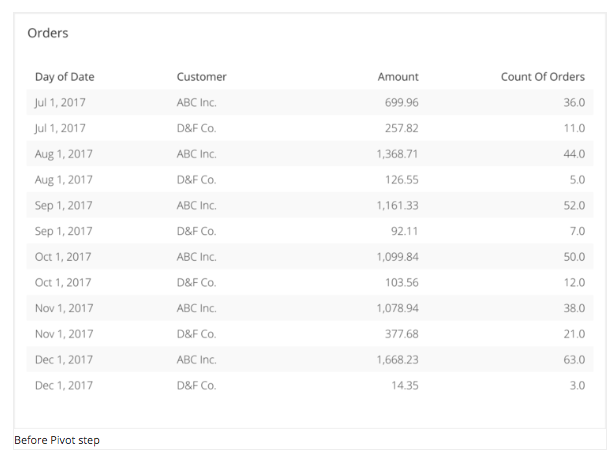 Here’s what our chart looks like in the Data Explorer: 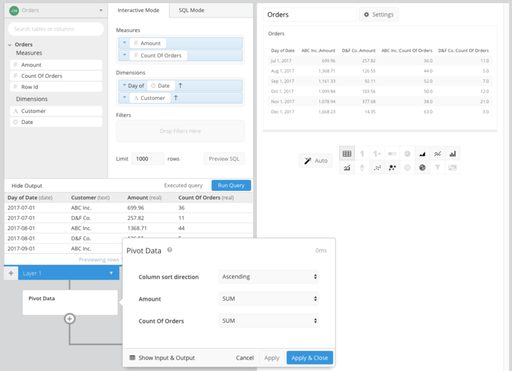 The second dimension, Customer, is pivoted so the values are displayed/grouped with our column headers for our measures (Amount and Count of Orders). This type of pivot requires the following criteria:

Multiple measures grouped by one dimension

Number of lines in a Bar Line Chart

This doesn’t always make sense given the data you are trying to display. If for example, you want the last 2 columns of data to be lines, you can set this in your Chart Settings under the Series tab.

By changing the “Last X columns as lines” from 1 to 2, now you have two lines in your bar line chart. 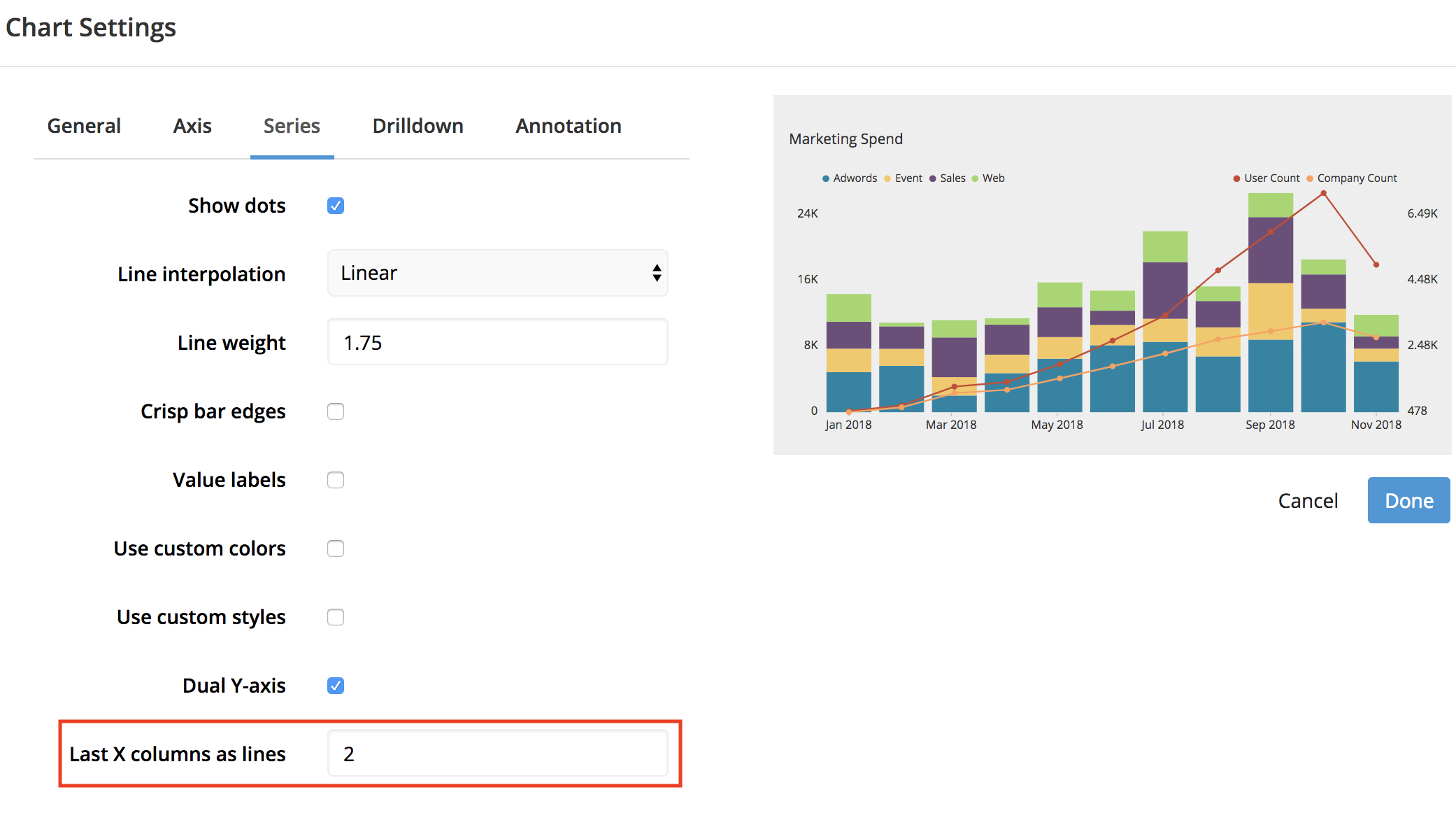 You can update additional settings such as choosing custom colors for your lines and bar in the Chart Setting options.